The northern army commander Tuesday said that the total number of militants active in Jammu and Kashmir is 300 that includes 82 foreign militants and 53 locals while all efforts are afoot to foil all plans of targeting security forces in the UT.

Addressing a press conference in Poonch on the occasion of Poonch Link Up Day, General officer Commanding-in-Chief northern command Lieutenant General Upendera Dwivedi said that figures available with the army suggest that there are 300 militants active in J&K including the Rajouri-Poonch area. “There are 82 foreign militants and 53 local militants active in J&K. Worrisome is that there are almost 170 unidentified militants listed with the army who are tasked to conduct criminal activities,” he said as per news agency—Kashmir News Observer (KNO). The army commander said that all efforts are afoot by the army to prevent and foil all the designs of militants with regard to attacking the security forces across the UT.

Replying to a query about the number of active militants on the launch pads, the army officer said that there are 160 militants sitting on the various launch pads across the border.

About security situation post article 370 abrogation, the GoC-in-C said that the security scenario has witnessed a big change post August 5, 2019. He said peace and development has gained speed and civil administration is occupying the space.

He said that militants operating in J&K are facing shortage of weapons and the neighbouring country is sending consignments of pistols, grenades, and drugs. “Small weapons are being used to target non-J&K residents who come here to earn their living. Locals, security forces and police have strongly condemned such acts. Those involved in killing innocents will face action,” the army officer said.

The army officer said that a huge quantity of drugs are being sent to this side and in June last year Heroine worth Rs 45 Crore besides weapons were seized in Baramulla. On the drone challenge, the northern army commander said that the army has started to counter drones with drones coming to drops weapons and drugs. About the local militant recruitment, Lt Gen Dwivedi said 35 per cent of the recruitment comprise youth below 20 years of age and the remaining 75 per cent include the youth between the age of 20 and 30 years. “It is time for parents to keep the watch on their children and ensure proper upbringing. These youth need to study and see the world outside. We have sent 1800 youth to various parts of India for studies,” he said—(KNO) 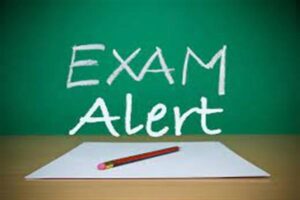 CBT exam for SI posts from Dec 11 to Dec 19 to be conducted as per schedule: JKSSB